Val-d’Or, Québec, November 25th, 2021: Pershimex Resources Corporation (“Pershimex” or the “Company”) (TSX Venture: PRO) is pleased to announce the start of a new drilling campaign on its Villebon Property. The Villebon project consists of 43 claims 100% owned by Pershimex and is located 40 km east of Val-d’Or (See Figure 1).

This drilling campaign of a total of 1,100 meters spread over a dozen targets will allow the Company to test the continuity of the mineralized structure containing the main existing gold veins on the property. To date, at least 8 gold mineralized veins are identified along a favorable structure of more than 1,200 m. (See Figure 2). In addition, some drillings will test the vertical extension of the mineralized system, which has never been verified at a depth of more than 150 m. 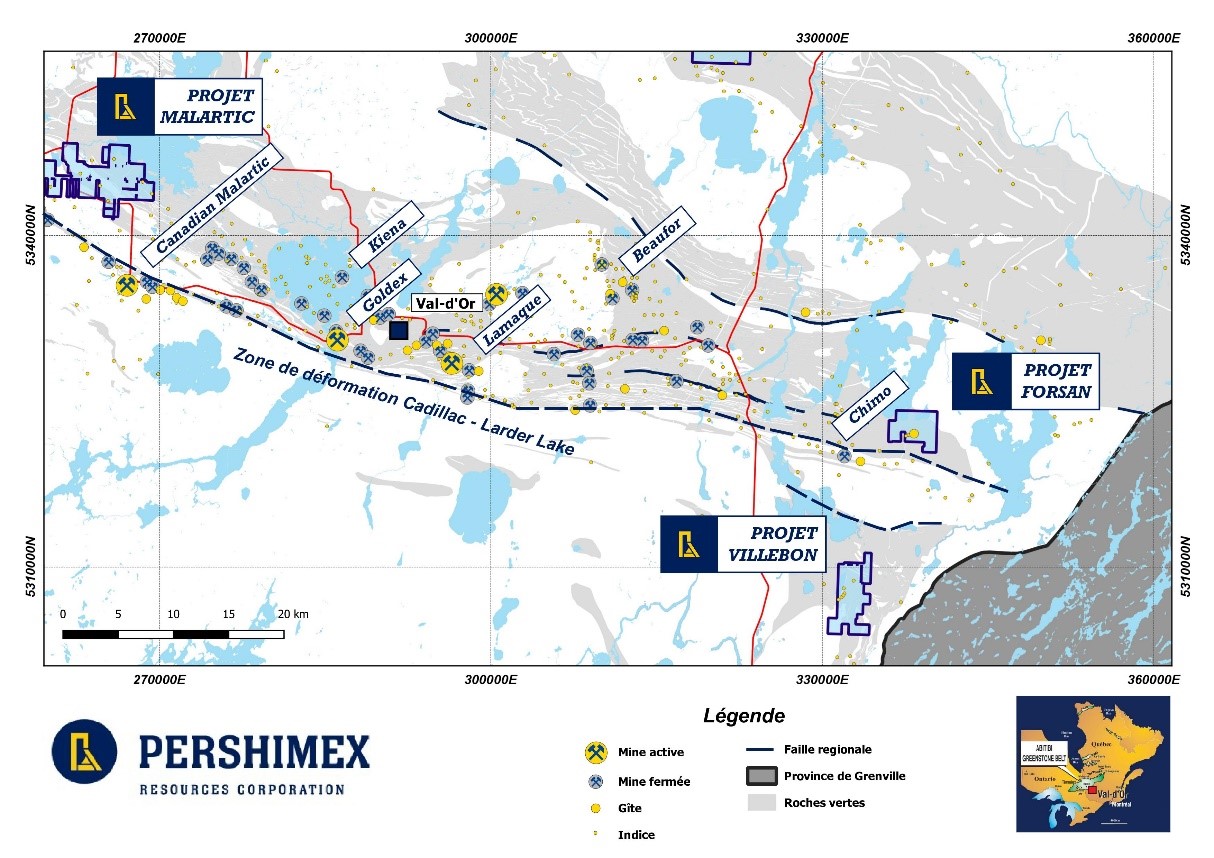 Figure 1 : Location of the Villebon project. 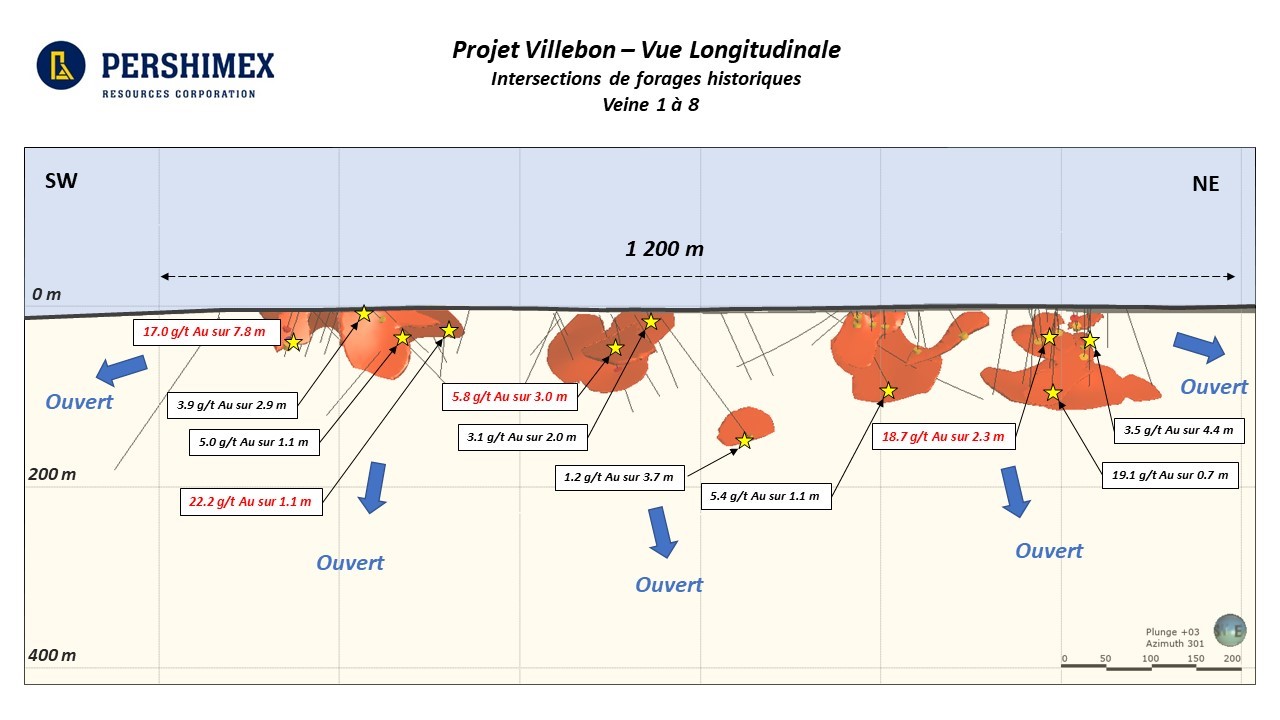 Recall that the last drilling campaign conducted by Pershimex in 2014 (formerly Khalkos Exploration) reported an intersection of 17.0 g/t Au over 7.8 m. (press release of July 9, 2014).

The main shear containing the mineralized veins is oriented in a NE-SW direction and has a locally plurimetric thickness. The veins of smoky quartz are mineralized in pyrite, sphalerite, galena and visible gold. The mineralized zone remains open in lateral extension and depth.

Following the recent success of the Courville project, the Pershimex team wants to set up the same foundations for a second project.  The potential in high-grade gold areas on the surface is known and its development represents only small-scale investments.  Together, this work will maintain the value of the property by keeping it active.

Meanwhile, regarding developments on the Courville project, Pershimex is eagerly awaiting government decisions on the approval of the Restauration Plan for the Pershing-Manitou site as well as the approval of the permit application for bulk sampling in the surface crown pillar of the former mine.

Robert Gagnon, President and Chief Executive Officer of the Company, said: “The recent update of the geological compilation and modelling work carried out by our technical team, as well as the favourable economic context for exploration, make it possible to reactivate the Villebon project and give it a prominent place in Pershimex’s portfolio. I am confident that the drilling campaign that is beginning will yield positive results and demonstrate the excellent potential of the property.”

This press release was prepared by Robert Gagnon, professional geologist and President of Pershimex, a qualified person under National Instrument 43-101.